Great Lakes Regional is "National Level" First step to getting to NCAA finals. Hard to reach NCAA finals with Wisconsin and other power houses in there. Ohio, Indiana, Michigan and Wisconsin makes up the Great Lakes Region. They have been much better than the Football team. Football is the anchor dragging everything else to the bottom and drowning them all.
Last edited: May 17, 2020
N

I heard a rumor that Lee LaBadie was let go.
S 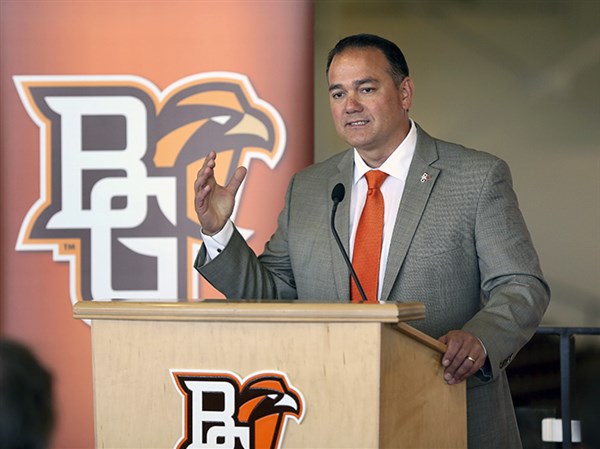 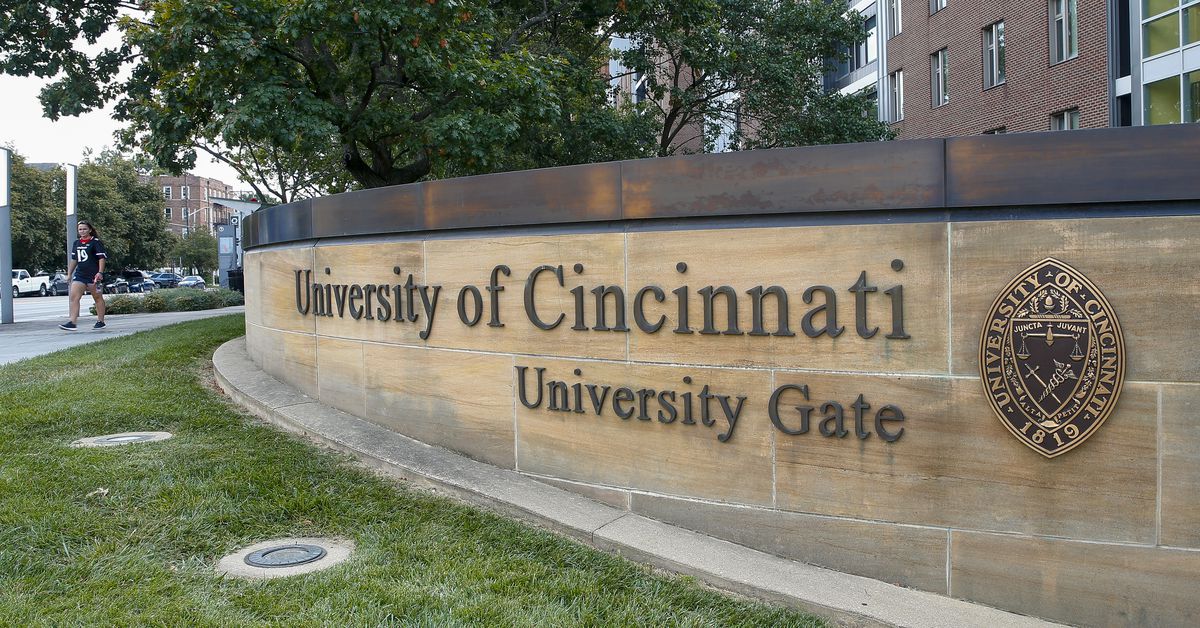 Despite hosting an MLS team on their campus, the University of Cincinnati no longer has a men’s soccer team

MAC football: Teams will cut costs in 2020 amid COVID-19 padnemic

MAC informs football programs they have to trim their travel rosters and can not stay at hotels the night before a home game.
R

Last few years about 40 Ohio colleges and universities run the All Ohio - years ago almost every college or university ran this meet.
D

All-ohio sounds like a great regular season event. Regional appears brutal but its not NCAA level. Just a preliminary to the pinnacle of the sport. I assume that one must qualify out of Regional to get to NCAA?
S 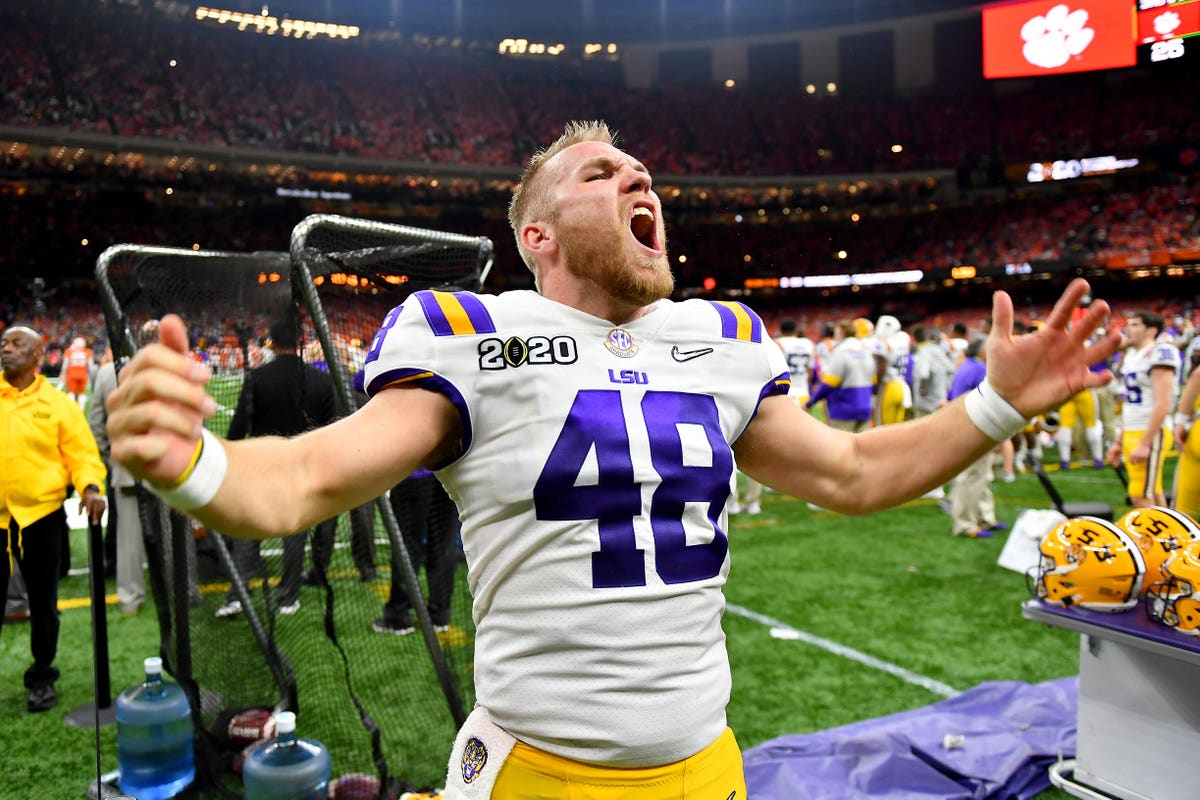 In the future, sports historians won’t use Notre Dame, Alabama or other traditional powerhouses to gauge how college athletics recovered or imploded from COVID-19. They'll use mid-major programs such as Miami (Ohio) University. This won't be pretty.

Newton's Third said:
I heard a rumor that Lee LaBadie was let go.
Click to expand...

I've been trying to confirm this rumor and have not been able to find anything. Apparently LaBadie does not have a twitter account so I could not find anything out that way. Since Clayton Murphy and LaBadie have a close relationship I checked Murphy's Twitter account and he does not mention LaBadie leaving. Guys like Andre Bollam-Godbott don't mention it either. If you have a source, please post it.

LaBadie leaving would be another blow to the distance program. I just don't see how it will be possible for the track distance program to prosper without having cross country. LaBadie should be good. I would assume he'll catch on at another program or possible as a coach for professional runners. Murphy has already gone back to him after the Nike Oregon Project fiasco and with the banning of Alberto Salazar.

I was wondering what a talented guy like Bollam-Godbott would do. He has an interview on Mile Split in which he apparently answered some of those questions. I have not listened to his interview yet but in reading through what is covered in the interview (link below), it seems as if he'll end up staying at UA. As a rising senior, that would make the most sense. I wonder about young distance guys, freshmen and sophs, and guys that committed to go to Akron. I would have to think that they'll be looking for alternatives.

Speaking of Clayton Murphy, he is apparently pretty angry with Flo Track for using his picture in an article about UA XC. In reading some of his other tweets he is also angered that Flo Track took a free press release, apparently did not add anything to it, and then put it behind a paywall. Seems typical.


https://twitter.com/i/web/status/1261020535531565057
It also seems that Murphy is going to try to work with alumni and staff on the situation and is critical of publication like Flo Track in not helping the situation.

Rohbino said:
I've been trying to confirm this rumor and have not been able to find anything. Since Clayton Murphy and LaBadie have a close relationship I checked Murphy's Twitter account and he does not mention LaBadie leaving.
Click to expand...

Sorry. Without giving away my age I can't remember where I saw it, but it was in a newspaper article or print, not word of mouth. If true maybe he is stepping aside to coach Murphy and possibly others. I think he is a really good coach. If I see or hear anything I will post.
R

Olympic Bronze Medalist Frustrated By University's Cost-Saving Measures By Doug Binder, DyeStat EditorWhen Clayton Murphy learned last week that the men's cross country team had been eliminated at the University of Akron, he was stunned.The Akron alum, who went from NCAA champion for the Zips to...
www.dyestat.com

Have there been any updates on this situation?

In the article from DyeStat that Runohio posted in the post immediately preceding this one, Clayton Murphy alluded to the fact that this actually may be a Title IX issue:

"The men's cross country team has a high graduation rate and nearly every member pays four years of in-state tuition to the university. Financially, Murphy said, it doesn't make sense. Cutting cross country doesn't make a dent in what the school's administrators said they must trim.
But in the phone call with the athletic director, a new reason was offered for cutting the program, or at least not reinstating it through a fund-raising drive: Title IX.

"That was frustrating," Murphy said. "It started off as COVID-19 related budget cuts, and now (the administration) is hiding behind the Title IX issue."
Murphy has future meetings scheduled with former teammates, and a former compliance officer at another university, to weigh the merits of the Title IX claim.

"It's tough to argue against that one without knowing more of the facts," Murphy said. "It's a murky issue."

I mentioned Title IX in a post earlier in this thread:

Rohbino said:
In reviewing the budget I am wondering what the athletic department thought was the first program that should be cut? If it was women's tennis, did UA need to cut 2 men's teams in order to keep the balance that Title IX requires? If it is decided that XC would be reinstated would another men's team be on the chopping block in order to stay in compliance? I admittedly do not know a lot about Title IX requirements. If the XC program could figure out a way to be self-funding would it then count in the Title IX numbers?
Click to expand...

SOTT seems to have some insider knowledge and stated that it was not believed that Title IX is an issue:


SOTT said:
I have not seen the actual numbers myself, but I have been told by those who have run the numbers that adding men's cross country back would not take them out of Title IX compliance. For arguments sake let's say that adding cross country back would take them out of alignment by a little bit. Coach Mitchell, who has final control over all the rosters, could easily adjust here or there by trimming a few men and/or adding a few women to make them compliant. Having been the coach at Akron for 25 years, they should give him the opportunity to rectify a Title IX imbalance via roster moves if that truly is an issue.
Click to expand...

I'm wondering what the reality is.

If this isn't a Title IX issue and is instead a funding issue, I find it curious that UA recently added women's lacrosse. Additionally, they play in the ASUN Conference for women's lacrosse. Geographically, that league will cause substantial travel requirements. The league is composed of Jacksonville University (Florida), Liberty (Lynchburg, VA), Kennesaw State (Georgia), Coastal Carolina (Conway, SC), Howard (DC), Stetson (DeLand, FL), Kent State, and Akron. That, to me at least, sounds expensive.

If a sport for women was added, it should have been field hockey, IMHO. Again, it is just my opinion, but field hockey is superior to women's lacrosse in every way. It's a much better sport - no offense to anyone here that is a women's lacrosse fan. I guess the overriding factor here may be the popularity of lacrosse. The sport has exploded in popularity while field hockey has waned somewhat. I digress, though, but the MAC does have women's field hockey. Regular MAC members Miami, Kent, Ohio, Ball State, and Central Michigan all have field hockey teams. Longwood University (Farmville, VA), and Appalachian State (Boone, NC), are affiliate members for field hockey. The travel requirements would be substantially less.

This whole situation seems "off" to me. Something just is not right. As others have stated, I do not believe that it is a budget issue. If what Clayton Murphy stated, that there were only $7900 of operating expenses for the 2019 season, it furthers the notion that it is not a budget issue. Many outside sources would fund that amount in a heartbeat. I have no ties to the program and would gladly donate that amount to keep the program alive. I'm sure that there are many others that would also.

Also, any more about this:


Newton's Third said:
I heard a rumor that Lee LaBadie was let go.
Click to expand...

I've talked to a few people and have been trying to find out if LaBadie was, indeed, let go. I have not found anything to confirm this.
N

Rohbino said:
I've talked to a few people and have been trying to find out if LaBadie was, indeed, let go. I have not found anything to confirm this.
Click to expand...

Thanks. I have been racking my brain trying to remember where I saw it. I have talked to the few contacts I have that may know and they know nothing about it. I certainly hope LaBadie was not dismissed. I think he is an excellent coach, in fact far too good for a school that is only lukewarm on the sport.
S

I’m currently on a plane awaiting take-off so can’t fill everyone in as much as I’d like, but suffice to say the university officials have been vague as we have pressed in. Clayton has twice requested a conversation with President Miller and both times been denied.

As you can see from the document we put together that Clayton posted, we believe this decision fails a lot of logical tests. I have been in contact with university faculty union representatives, title IX attorneys, and experts in sports business and university finances in an attempt to gain as much understanding as possible on all facets of this type of decision. I am admittedly bias, but I have yet to gain any knowledge that helps elucidate the rationale for cutting men’s cross country.

Mens cross country has been a vital part of the overall success of a track and field program that came from the dredges of D1 in the mid 90s to now national prominence with all-Americans, national champions, US champions, World champions, and Olympic medalists. From the time you step into the program until the time you leave, Coaches Mitchell, LaBadie, Stokowska, Smialek, Forrester, and Brokaw preach a holistic approach to track and field that makes the whole team invested in the success of their teammates in an attempt to achieve something together that would be impossible to achieve singularly.

Cutting men’s cross country hamstrings the ability to achieve as a whole unit. The President said from the get go that he wanted the university to lean into those things that have historically been their strongest components. Does this decision align with that? Absolutely not.
You must log in or register to reply here.
Share:
Twitter Reddit Pinterest Tumblr Email Link
.
Top