I used a similar ruse when I was dating my wife to be...IT WORKED !!!!

The #1 song for 1949 performed by Vaughn Monroe
Written in 1948 by Stan Jones (actual title was"Riders in the Sky").
It is one of the most covered songs in Americana, with versions in
every decade since, by many artists from Burl Ives, Elvis, Tom Jones,
Blondie's Deborah Harry and plenty of 'Country' music stars.
Many foreign language versions also have been released...
as well as a few parodies (as noted below)

(Ghost) Riders in the Sky: A Cowboy Legend - Wikipedia 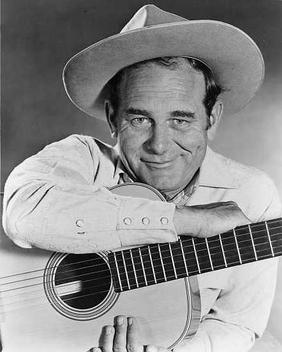 Dirty Gulch is dirty no more!

Hitchcock cameos...
For the younger set ~
Part of the fun in seeing a Hitchcock film is seeing if you can spot
his cameo; some are subtle and others overt...

Back to films ~ closing lines...

one of the few

From the HBO miniseries The Pacific (2010)


Pay attention... as Lena nears the door you can see a Service Banner in the window,
~ White background / red border
~ Three stars... representing 3 offspring in the service
~ 2 are blue = living service members
~ 1 gold = a fallen Veteran
The parent is a Blue and/or a Gold star Mother
...more on the Service Banner (flag)... https://en.wikipedia.org/wiki/Service_flag

Most disappointing end to a top list ever?
Longest Running Billboard Singles: 60s