What Movies Did You Watch in January 2023?

As a horror movie junkie, I come across a lot of off beat Horror movies as well as the run in the mill straight to video. I will share my thoughts of the ones that I see this month. So, if you seen a movie new or old and want to share your thoughts go ahead, and if its horror, even better!!!!

I will edit in my horror views here with my rating scale on how I liked it.....

According to IMDB "Clumsy invaders from Neptune are thwarted by hero Space Chief and a nondescript group of microshort-wearing Japanese kids." lol.... This one got a 2.1/10 rating on that site.... I agree that it was bad but one needs to throw in the enjoyability of it as well. Basically, this group of annoying kids stumble on a spaceship with invaders but are saved by a mystery person called Space Chief. No adults believe them until the invasion is on the way. There was some decent stock footage scenes but most of this flick was just a big lol......
V

The Nights Before Christmas (Canada-2019)

Horror: A serial killer and his accomplish dress as Santa and Mrs Claus and hunts down victims on their naughty list. It is up to the FBI to catch these nuts. I don't think there was anything I liked about this one. Sub par acting, stupid plot and inconsistencies. One minute the FBI agent is telling someone to run the killer over with the car and another moment the same FBI agent shoots a victim who was about to shoot the killer. Many chances to kill these clowns but yet dialogue after dialogue.... 1.5/8
V

Last saw this in 86 so I had forgotten most of it. They really could of made this one memorable with the pool scene but it turned out to be a wasted moment....
N

Fist Fight (2017) 4/8 Never seen this before. Two teachers played by Charlie Day and Ice Cube are set to fight at 3 pm on the last day of school. The scheduled fight goes viral and Day spends most of the movie trying to get out of the fight. Cube is great and there is a scene where Day and his daughter perform at a talent show that is hilarious.
M

Godfather (7/8) and Godfather II (6/8): 3 of my sons had never seen either move, so I fulfilled my obligation as a father and we spent 6 hours watching both movies. It had been awhile since I'd seen them so it was a fun to share them with my boys. Really enjoyed the original and the sequel was a notch below, in my opinion.
P

Not exactly historically accurate, but still an interesting look at a part of history not often touched on.

Your typical horror movie with a pretty straightforward plot.

Critics didn't like this one because it was slow, and I think that's true to an extent. It certainly could stand to lose 20-25 minutes. That said, I quite enjoyed the ending and had no idea that it was influenced by true events. Star studded cast, just needed tightening of the script.

Spielberg basically telling the story of his childhood and start in the movie business. When the movie was focused on that, it's near perfect. The movie does spend too much time on him in high school being constantly bullied, though I get why he had it in there. About 15 mins worth of stuff I felt they could have cut. Great casting, both kids who played Spielberg were great and even looked like him to an extent.
V

... 4 hour extended version, watched it like a series 40 minutes at a time.
V

Horror: X-mas Horror.... that was a bonus.... anyhoo... a woman who just moves into a house on X-mas Eve of all times finds a strange device that can communicate with the dead. She throws a party and friends mess with it but she soon realizes that this thing really works but will anyone else believe her even when strange deaths occur??? .... 4.5/8
P


One of those movies where you don't quite know what to expect going in. You know there's going to be a twist, maybe multiple, but you don't know when, where, why or how. The twist itself was interesting, not perfect, but effective and in general surrounded by a very entertaining movie.
P

I was hoping that it wouldn't be what I expected, but for the most part it was. Billy Eichner being himself, maybe even an extreme version of himself. It had it's funny moments, and even an occasional insightful moment, but they were too few and far between.

I'm all for seeing Gay Rom Com's succeed, but this was only partly a Rom Com. Maybe 40%, mixed in with 30% bashing straight people for not accepting Gays, and 30% the two main characters not even being nice to each other.

Brightburn (2019) 6/8 Great blend of horror and superhero genres. Basic premises is what if Superman was evil, though they never really say that and the movie isn't connected to DC. The little guy even landed in Kansas where his new family finds him on their farm. I thought this was ripe for a sequel the way it ended but it doesn't seem to be happening.
V


I really liked the beginning and the twists on the story that they added. The pre-Pinocchio stuff is really quite fascinating. And not that the rest is bad, but as the movie settled in, it was harder to keep interest. It didn't help that I wasn't a fan of the animation style, and there were perhaps too many changes to the middle of the story (different characters than the original, plot choices that were too "out there"). They also replaced the classic songs for originals.

Its certainly worth a watch, but I kind of wish we could get a mashup of the two Pinocchio movies that came out this year. The creative twists at the beginning of this movie married with the more traditional remake of the live-action Tom Hank's version. I think that could have made for a fascinating remake that would improve upon the original animated classic.
B

Netflix exclusive film starring Ray Romano and Mark Duplass. I’ve enjoyed some of Duplass’ work and this could be my favorite. The friendship and mortality themes in this movie helped me sort through a few personal issues in my own life.
P


Not good, not bad, just I'm not the target audience.
B

Probably a future cult classic. An absolutely ridiculous, over the top 90 minutes
E

Probably a future cult classic. An absolutely ridiculous, over the top 90 minutes
Click to expand... 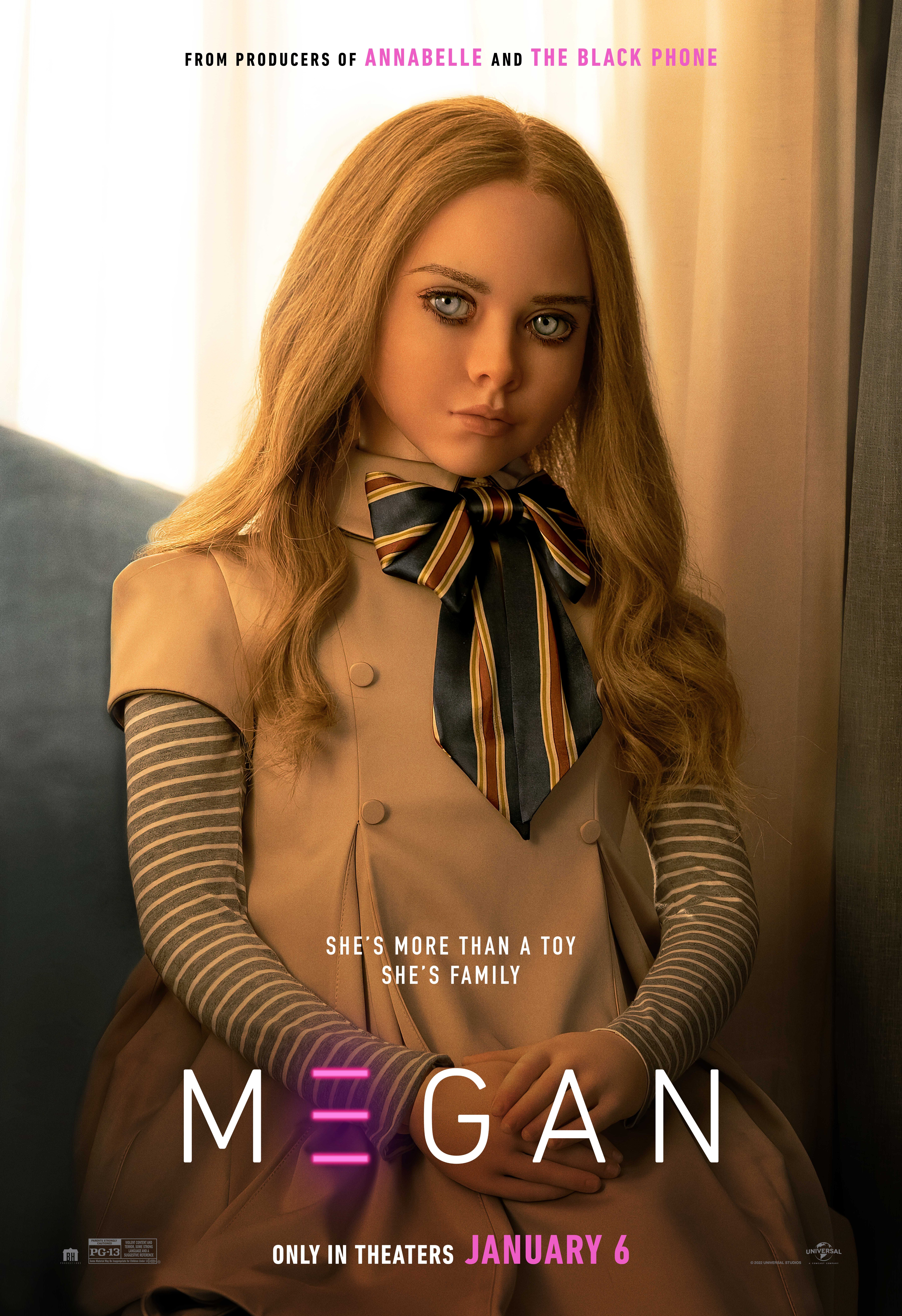 Creepy as hell!
B

The movie is actually really funny. Much more funny than scary. Super campy and with some real messages underneath the whole thing
V

Horror/Action: An employee during a quarantine at a high rise complex seeks revenge while a virus causes those to act out their primal urges.... 4.5/8
V

Horror: A woman becomes trapped on an island of the damned. This one had potential but lost direction and wasted atmosphere.... 4.0/8
E

BlueJayFan said:
The movie is actually really funny. Much more funny than scary. Super campy and with some real messages underneath the whole thing
Click to expand...

I may give it a look then. I'm not a fan of horror flicks but funny ones entertain.
P

So…this is an excellent movie. If not for the length, it clocks in at 3hr and 3 mins without credits, it may be my best movie of 2022. The first hour is excellent, the last hour+ is more than excellent, but the hour in the middle is a little bloated with some very good, but IMO unneeded worldbuilding. Trim 13 minutes in the middle and this is an incredible film.

Take away the blue characters and the CGI, and replace them with live action actors, and this would be a best picture contender. The story is fantastically done. I do wish there were a couple of small things they could have done to make the ending feel a bit more earned, but they aren’t major issues. I don’t see the Oscar committee giving this the recognition it deserves though.

Much was said about Stephen Lang’s and Sigourney Weaver’s characters being “brought back to life”. Both work very well IMO, though the “how” of Weaver’s character is left a mystery (perhaps to take a larger role in future movies). Also kudos to 73yr old Weaver on a convincing teenager voice.

I must say though, I never expected the phrase “penis face” to be said in this movie. A number of other curse words too. Cameron also has a Titanic homage in the third act.

I did not end up seeing it in 3-D, but have heard nothing but good things about it’s quality.

A Game of Honor: documentary about the Army vs. Navy game.
I

It is very recycled and long. Still good, but not excellent IMO.