A large submarine volcano is likely erupting deep beneath the Pacific Ocean.

However, scientists don't know for sure because the Ahyi Seamount is so inaccessible.

Located in the U.S. Commonwealth of the Northern Mariana Islands, the U.S. Geological Survey said Monday that all indications point to the volcano beginning to erupt in mid-October when hydroacoustic sensors at Wake Island began to record signals consistent with such activity.
Click to expand... 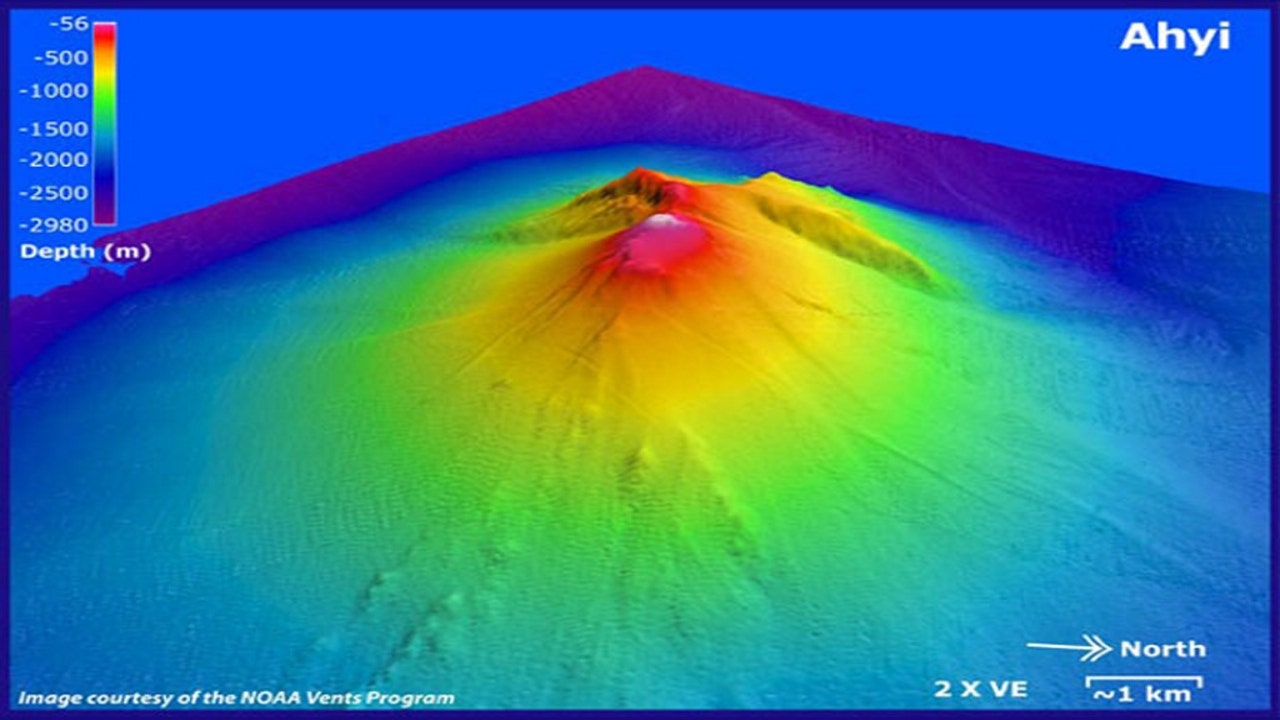 A large submarine volcano is likely erupting below the surface of the Pacific Ocean, according to scientists with the U.S. Geological Survey, citing discoloration.

All the things, the government refuses to tell you. eastisbest said:
All the things, the government refuses to tell you.

Oh no, there goes Tokyo
Go go Godzilla, yeah
History shows again and again
How nature points out the folly of men.

They also cause angst among the Alphabet People.

I expected a serious discussion on this topic.
E

EagleGuy said:
I expected a serious discussion on this topic.
Click to expand...

It's kinda the natural disaster no one can blame on our use of the planet. I'm not sure what discussion is to be had?

The numbers are stunning. 4000 miles west of Hawaii. To be a whole US continent west of Hawaii and still be in the middle of the ocean? That's something I hadn't considered from that reference.