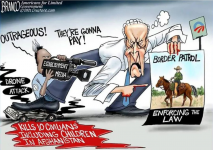 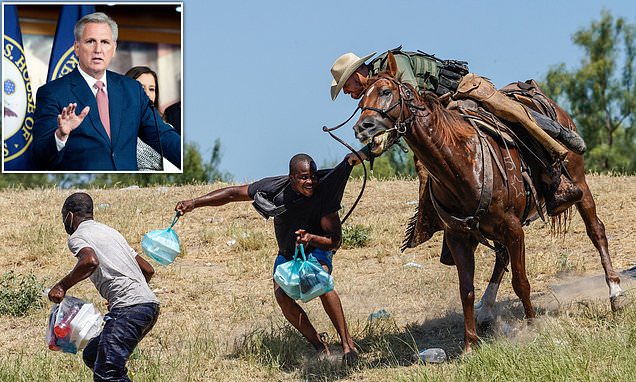 McCarthy tears into Biden for report he will punish border agents

Republicans are up in arms as Biden's DHS prepares to move forward in disciplining horseback Border Patrol agents who were falsely accused of 'whipping' Haitian migrants last year.

This is one of the most despicable and disgusting things I have ever seen a president do.

Not like he has much to lose at this point.

fish82 said:
Not like he has much to lose at this point.

There is a pretty good list he has going, but in this case he wrongly judged a situation, pre-maturely promised punishment, and instead of admitting the mistake when the truth became obvious and letting this thing fade away, he follows through on his promise to punish - innocent employees of his. The arrogance of that is nauseating.

I have tried to give him the benefit of the doubt to a degree because of his obvious dementia, but this is just meanness and full on a@@hole on display.
Last edited: Jun 15, 2022
I 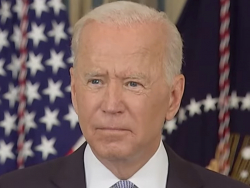 Biden on Border Agents With Reins: "I Promise You, Those People Will Pay"

President Biden called border patrol agents that used horses and reins to corral migrants near the U.S.-Mexico border are an "embarrassment" and will "pay" for their actions. Biden on Friday: Q Thank you, Mr. President. You said on the campaign trail that you were going to restore the moral...

Joey is an embarrassment.....but great entertainment...
Click to expand...