Since the other thread on Tommy is locked I thought I would start a new one focused on his journey of making an NFL team. Tuesday at 4ET is the cutoff for all teams to name their 53 man roster.

Tommy is with the Detroit Lions and has held his own. Here is a Lions reporter today talking about his chances of making the 53 man roster.

All the best to Tommy. If not Detroit there is a good chance another team in need of OL could pick him up.


Which player is a dark horse to make the 53-man roster?

My answer: I think Tommy Kraemer is an unexpected candidate that could make the roster.

Kraemer has seen plenty of action this preseason, including playing every single snap in the game versus the Colts. The undrafted rookie guard has performed decently, although not amazingly. What makes Kraemer a possible roster candidate is the injury bug that has plagued the offensive line.

The most serious injury occurred to tackle Dan Skipper, who was having an outstanding preseason. He was forced to leave the Colts game on a cart, which does not bode well for his chances of playing any time soon. Additionally, Tyrell Crosby has also been nagged by injuries so far in training camp. While Kraemer does not play tackle, those injuries could result in Matt Nelson playing exclusively at tackle—Nelson saw action at guard in Game 1 against the Bills.

Logan Stenberg is the top guard backup, but he, too, suffered an injury against the Colts. He was able to walk off the field, but he did not look comfortable. Suddenly, that injury could thrust Kraemer into the role of top reserve guard. The remaining offensive line depth includes Evan Brown, Evan Heim, and Darrin Paulo. Brown is a center by trade and seems likely to make the team as Frank Ragnow’s backup. Heim has been shifted around in preseason from guard to center, indicating that the team is trying to find a spot for him—not a great sign. Paulo is a tackle, and hasn’t done enough in preseason to warrant keeping him.

If the Lions are concerned about Stenberg, they could keep Kraemer on the 53-man roster if they do not want to risk him getting claimed on waivers. Lions could opt to cut both of their kickers, as I suggested earlier, and that would free up an extra roster spot for Kraemer. Then, once the roster was established, they could move Stenberg to the Injured Reserve and bring back a kicker.

Jeremy had Kraemer on his 53-man roster prediction, and I am inclined to agree. I don’t know if Kraemer would last the entire season on the active roster, but I think he could sneak onto the initial roster.
S

If Detroit doesn’t keep him I hope the Bengals give him a shot.
C

Another piece in the puzzle that may bode well for Tommy sticking with Detroit.

SMARTY22 said:
If Detroit doesn’t keep him I hope the Bengals give him a shot.
Click to expand...

Bengals had their chance to draft him and passed. With the Bengals you can't fix stupid.

Unfortunately, Tommy was waived by the Lions today. 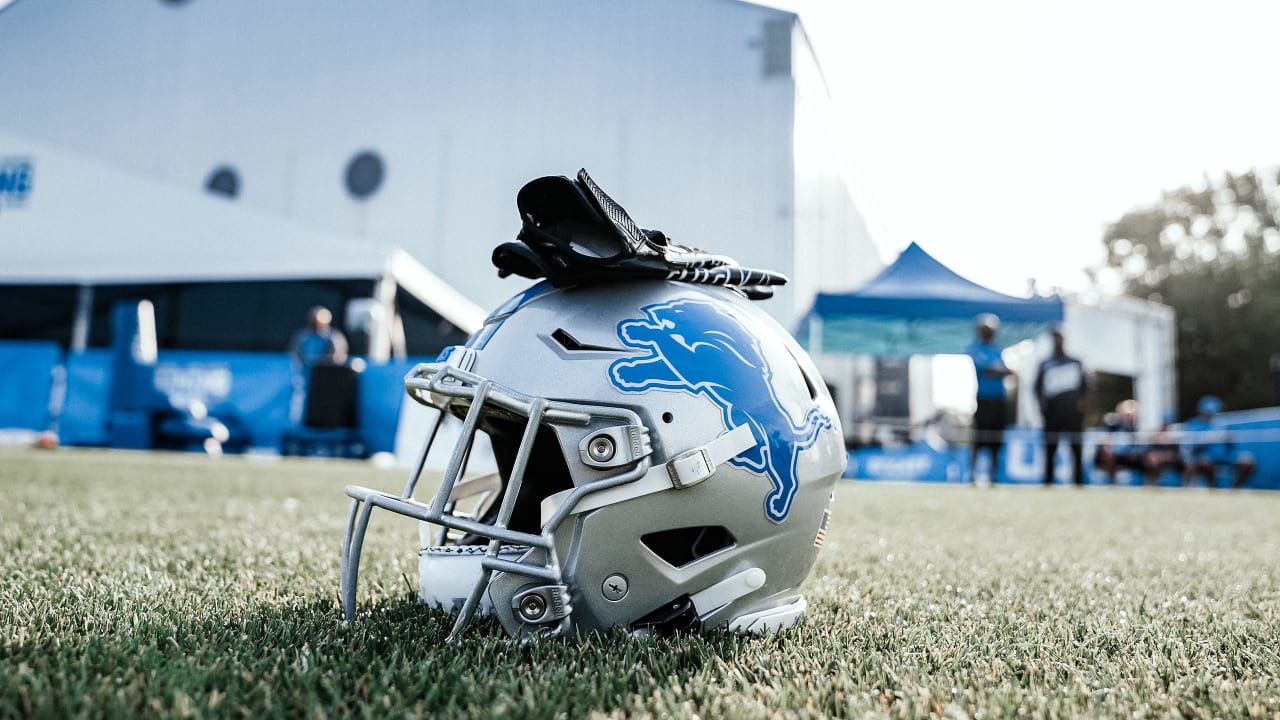 Some background on the NFL waiver wire: https://www.prideofdetroit.com/2021...-rules-refresher-waive-wire-priority-released
P

Hopefully he can land with another team or practice squad somewhere. Injuries are a part of football and a team could be looking for a lineman after week 1.
C

Here's hoping his phone rings today and he has a place on a teams roster or practice squad. 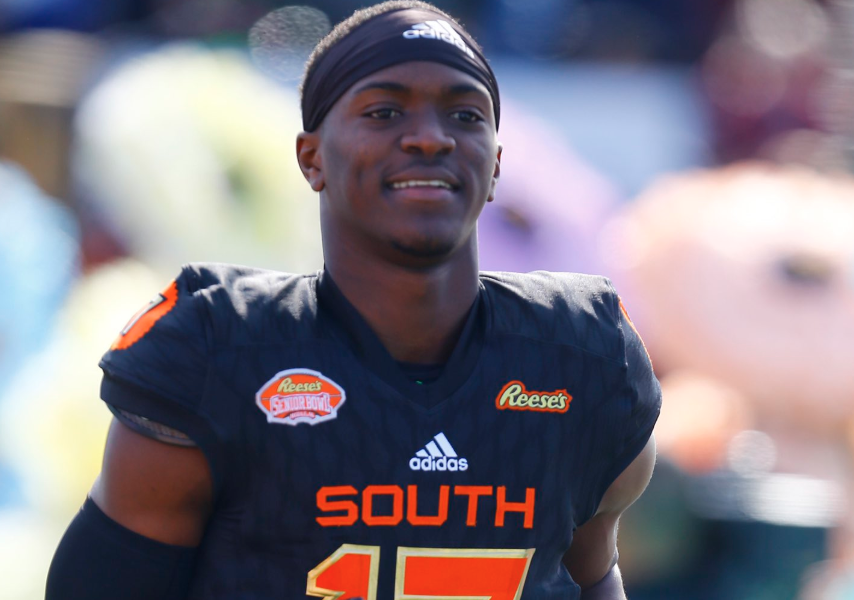 So many great players were released today, but I wanted to pick out 15 players I loved when breaking down film that feel should get another shot tomorrow. Maybe they will be signed by a practice squad, maybe to a 53 man roster. Either way, let’s showcase15 players I love who should be on a […]

CincyHSfootball said:
Here's hoping his phone rings today and he has a place on a teams roster or practice squad.

So many great players were released today, but I wanted to pick out 15 players I loved when breaking down film that feel should get another shot tomorrow. Maybe they will be signed by a practice squad, maybe to a 53 man roster. Either way, let’s showcase15 players I love who should be on a […]

Good luck to Tommy. He more than deserves a shot. GBM
E

It is easy to see why the Lions are bad cutting good prospects like Kraemer who was listed 2nd team all preseason. Lions were 5-11 last year. They could use young talent like Kraemer.
M

EHS 2001 said:
Unfortunately, Tommy was waived by the Lions today.

Some background on the NFL waiver wire: https://www.prideofdetroit.com/2021...-rules-refresher-waive-wire-priority-released
Click to expand...

Sucks for him, but the Bengals obviously need line help so it'd be cool to see him on the practice squad here and hopefully work his way up from there.
C

Announced about an hour ago. The Detroit Lions announced their 15 man practice squad. Tommy Kraemer is on the list.

All 15 players were previously part of the team's offseason roster, but the pending signing of quarterback Steven Montez carries the most intrigue. 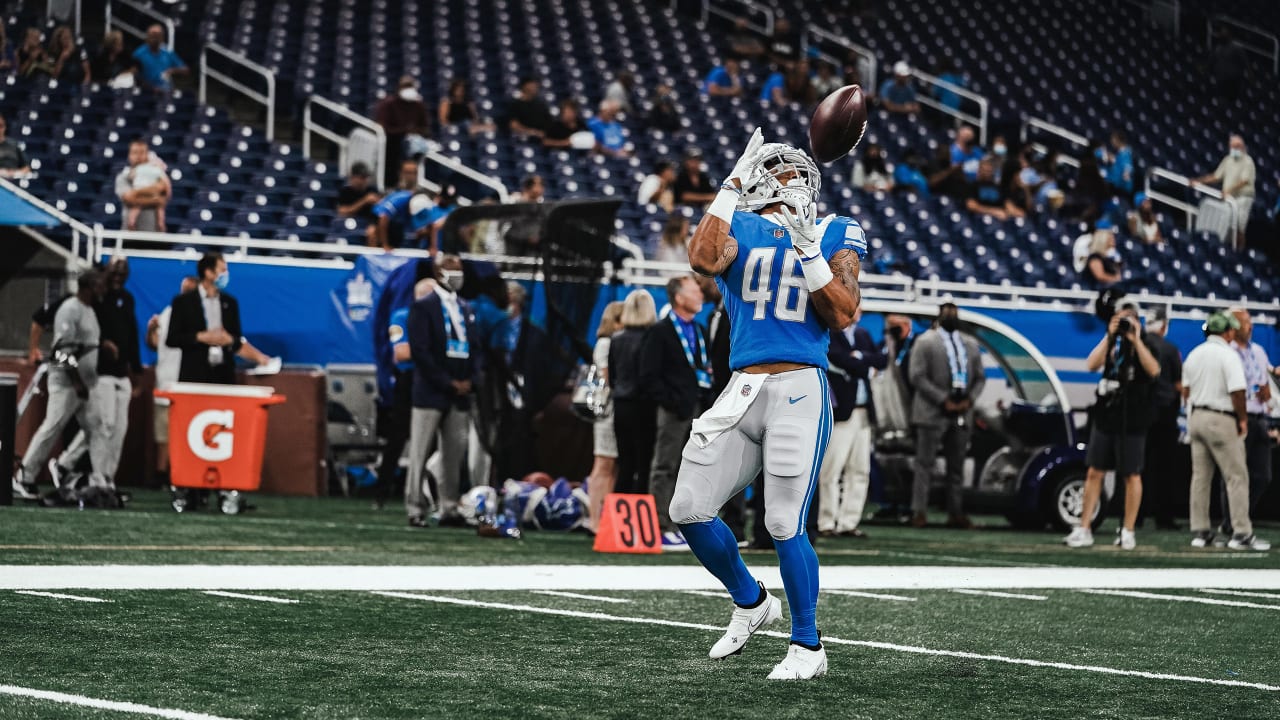 Good to hear. So many injuries and there are 17 games now. He will get his chance this year.
W

ElderHSfan02 said:
Bengals had their chance to draft him and passed. With the Bengals you can't fix stupid.
Click to expand...

They didn’t want him. Stop taking things so personal. Tommy is a great kid from a good family, he will stick somewhere
M

ElderHSfan02 said:
Bengals had their chance to draft him and passed. With the Bengals you can't fix stupid.
Click to expand...

Lol the entire league passed on drafting him. I guess every team is stupid then
E

warriorblue said:
They didn’t want him. Stop taking things so personal. Tommy is a great kid from a good family, he will stick somewhere
Click to expand...

Yes, he did stick somewhere. He is on the Detroit Lions practice squad. He makes $9,200 a week and will earn $165,000 total if he stays on the practice squad all 18 weeks with a very good possibility of being signed to the active roster due to injuries. Not a bad job to have! 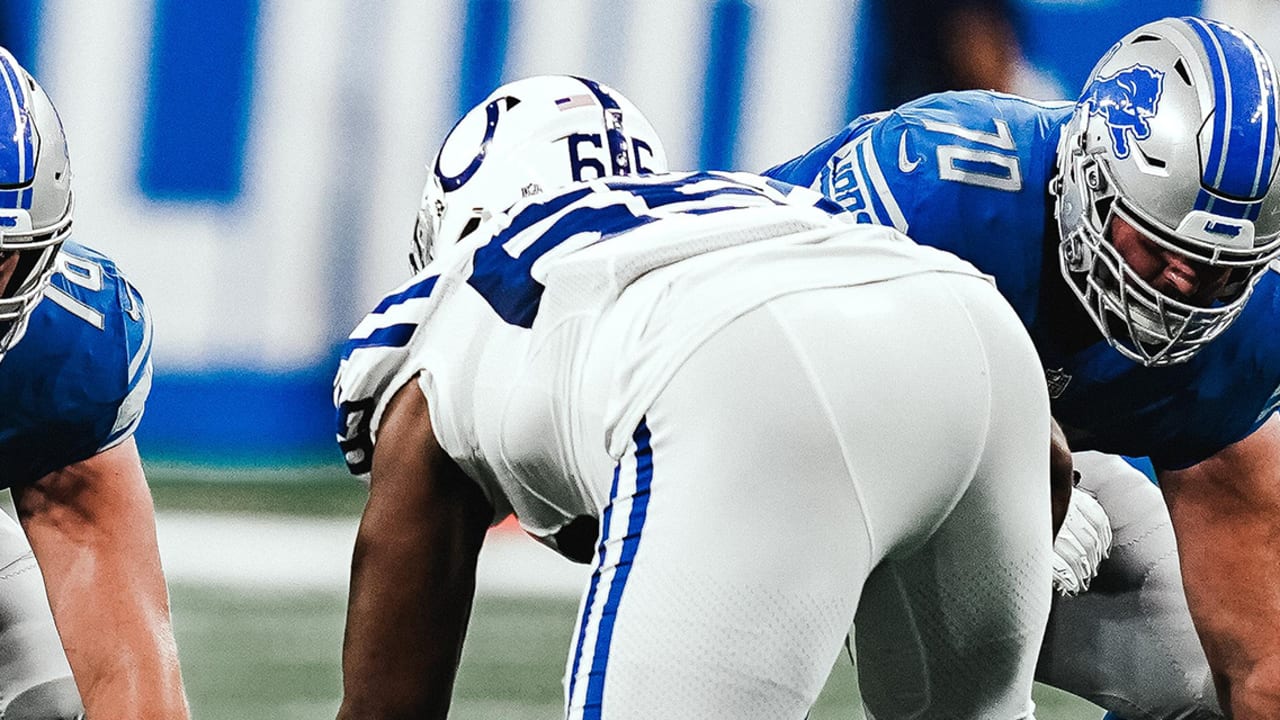 SC10EHS15 said:
Lol the entire league passed on drafting him. I guess every team is stupid then
Click to expand...

Obviously, but if all 32 teams pass on a guy for 7 rounds, I think there's a bit of consensus there. Grasping at straws and reaching for players it what got their line in a bad state in the first place.
E

SC10EHS15 said:
Obviously, but if all 32 teams pass on a guy for 7 rounds, I think there's a bit of consensus there. Grasping at straws and reaching for players it what got their line in a bad state in the first place.
Click to expand...

he pretty much said that the bengals sucked at drafting OL. so if the bengals would've drafted tommy would you say they are the smartest organization in the nfl? all the nfl passed on him. after not being drafted he has made the most out of the situation. in my opinion, he will be on the roster sooner rather than later.

There is a chance Tommy might be activated off of the practice squad for Sundays game against the San Francisco 49's.

More importantly, the Lions now find themselves with just seven offensive linemen on the active roster. They'll likely use the spot created by Decker being transferred to injured reserve to promote one of the three options — Tommy Kraemer, Darrin Paulo or Will Holden — from the team's practice squad.

A new rule implemented last year also allows teams to temporarily elevate two players off the practice squad ahead of each game. That paves a path for the Lions to potentially add a second offensive lineman for the matchup against the 49ers.

The Lions will be without offensive tackle Taylor Decker for at least the first three games, according to an NFL Network report.

It's official. Tommy Kraemer will be promoted off the practice squad to the active roster for Sundays game. Congratulations to Tommy.

Kraemer, undrafted out of Notre Dame, played 131 snaps during the team's three preseason games, splitting time between right and left guard. After the preseason finale, Campbell highlighted Kraemer as one of the players whose performance stood out.

To backfill the practice squad opening created by Kraemer's promotion, the Lions have re-signed receiver Javon McKinley. He had been released earlier in the week to add Holden.
C

The Detroit Lions have declared their inactives for their Week 1 matchup versus the San Francisco 49ers.

With Taylor Decker on injured reserve, the Lions signed Tommy Kraemer to the 53-man roster and elevated Will Holden from the practice squad. Kraemer takes Decker's spot in the 53 man roster, but Holden’s elevation brings the Lions’ roster up to 54 players. Because the Lions have eight offensive active for today’s contest, they are eligible to take advantage of a rule put in place last season by the NFL and can expand their game day rosters from 46 to 48 players.

Therefore, with 54 players on the roster and just 48 eligible to play, the Lions need to declare six inactive for today's matchup. Here are those players:

Life in the NFL. Tommy may end of on the Lions practice squad again if he is not claimed by another team.

All the best to Tommy.

Tuesday afternoon, the Detroit Lions announced they have waived offensive lineman Tommy Kraemer. The reserve lineman missed out on the Lions’ initial 53-man roster but was signed to the practice squad shortly thereafter. For Week 1, the Lions signed him to the 53-man roster helping add some offensive line depth in the wake of Taylor Decker’s finger injury that landed him on injured reserve. Detroit did not end up using him, though, as Kraemer was one of the team’s six inactives for the 49ers game.

Kraemer will now hit waivers, but you have to think as long as a team doesn’t put in a claim for him, there’s a good chance he’ll end up back on the practice squad. The Lions conveniently have an open spot on their practice squad after the Carolina Panthers poached kicker Zane Gonzalez.
P

The Bengals could sure use some help protecting Joe Burrow.
C

Tommy resigned back to the Lions practice squad.

Tommy was signed to the Lions active roster.

I hope he gets some game time.
P

And the answer was undrafted rookie that cut by one of the worst teams in the league?
F

I didn't see today's game. Did he get in the game?
C

I did not see the game. But I know he was in the game. Per the box score it lists Tommy as recovering a fumble.

Get box score updates on the Philadelphia Eagles vs. Detroit Lions football game.