Resumes are close to completion for the tourney draw this Sunday.
Top 4 are pretty clear cut:

After that it's a bit muddled. Wanted to see others thoughts on upcoming DI tourney. 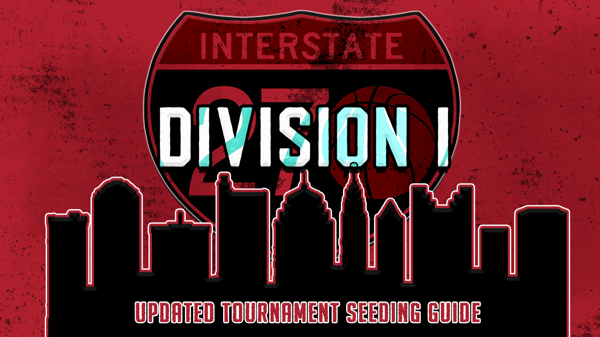 Wow. No reply at all for Central Ohio DI. No interest by anyone at all??

Thanks for posting this and coming back to it, @TigerA . For some reason D1 in Central Ohio has been snakebitten with lack of forum talk the past decade. It was never really that great in the dying years of the Huddle, either.

I attribute part of that to the simple fact it’s such an unusually large cache of teams that split into four different paths back into the same state semifinals berth.

The Cols 2 and Cols 3 “Sweet 16” is a bloodbath. Cols 2 is ridiculously deep compared to the other three. I’d be more afraid of Newark and Pick North than Gahanna, W. South and anyone else in Cols 4. And Gahanna is really solid, don’t get it twisted. Sean Jones’s 3* rating does him no justice. He’s incredible. That whole team plays good ball as a team, but I think Newark is better and this seems to be the year North is finally killing demons & playing the level of ball everyone has thought for years they could when they’re on.

Agree with Dock. I am very interested in games as they progress, but for a basketball fan with no real dog in the fight, I find it to be a bit overwhelming initially. Lots of blowouts early and lots of incredibly entertaining games once we get to that "bloodbath" 16.
T

Not sure about West South as I haven't seen them this year. They are undefeated, but they really haven't played any of the better teams in the area. I was suprised that Pick North in the 4 slot didn't actually go at Westerville South in Cols #4. It would've kept the likes of Newark, UA, Bradley, Jerome off of them probably given them an easier District semi and kept them away from Pick Central until the regional final if they get that far. I think they can play/beat Gahanna (not that they would) on a given night. I don't think they can beat Central. Really bad matchup for them physically. I'd be REALLY suprised if anyone except for Pick Central made it to the state out of this region. Newark has the coaching and the right approach to be able to beat Central (obviously as they are the only ones to do it this year) and Gahanna can match up with them physically. Those two and Westerville South probably the only 3 that might be able to beat them. (I guesss UA could if they get all of their players back and healthy. I know they've been reeling the past month on that front)
T

Down the home stretch for the regular season. Gahanna @ PNorth and Davidson/UA for shares of the last two o/s OCC titles this Friday.
Does anyone know if UA still has the injury issues or not??

Can't wait for Gahanna @ PN! Sean Jones will obviously be the best player on the court, but the Lions may also have the second and third best players as well. That said, PN can beat them... I've been to several PN games and I must say the Panthers are totally 'unimpressive' when they run out of the locker room. No height, no wide bodies - just a bunch of good, position-less basketball players. Their most talented player is a 9th grader... Every game I've seen a different player has risen up to carry the load. They don't panic when they get down. They are disciplined and well-coached. Newark is a lot like that too. On the other hand, when Gahanna and Pick Central run out, you KNOW you've got trouble on your hands!
S

Who are the dark horses in the tournament? Coffman is seeded #21; I know they are down but they still have a D1 player in Sheldon.
J

From a different region's perspective, the big 4 seem to be a cut above. Only question mark is Westerville South because of their schedule. Only team outside of that I can see is Newark, who did beat PC. Darkhorse from further back for me is Reynoldsburg, who have a win against St. Ed's and played PC tough.
C

The DI central district will have upsets like in the past. I like Pick North because everybody is 6"2 and they play together. #5 Dior Connors is nice and he is the go to guy. Coaching is good, and this is the year they can sneak in! Gahanna should get to state, but it is so much pressure there! A late second shot in the regional final or they may have been state champions last year. I think Gahanna will get upset! Pick Central is always loaded so it is about getting over the hump. Some team will sneak them and upset them as well. Westerville South is well coached! I won't be surprised if they get to state. Sleeper team is Dublin Jerome! They are good!
B

I saw that Sonny Styles was in a "boot" last Friday for PK Central's Senior Night, hope the young man is not out for rest of the season for the Tigers.
T

Scibourne said:
Who are the dark horses in the tournament? Coffman is seeded #21; I know they are down but they still have a D1 player in Sheldon.
Click to expand...

I could see Jerme suprising some people and if anyone outside of the top 5 could break the stalemate and get to state it could be Upper Arlington. They were great until they sustained some injuries in January. Saw them vs Pick North where they lost by only 9 but were w/o 2 starters for that game. Hear that they were back but one of their best guards had subsequently gotten hurt. Don't know all of their status' at this point, but if healthy they are a threat. Also heard about Sonny Styles in the boot as well. That could certainly be significant as they get to district final time and later if he can't go.

As for the lower seeds, I might lump both Groveport and Reynoldburg in the darkhorse candidate as those outside the top ten; possibly Westerville North as well?
S

Olentangy Liberty is a quality program; they played a tough schedule and are well coached. They won’t be an easy out. Hilliard Davidson is playing good ball now. My pick is Gahanna winning the region but they will have to get by Westerville South and Pick Central in the regional to do it. No easy task. Are districts and regionals at ODU?
T

Scibourne said:
Olentangy Liberty is a quality program; they played a tough schedule and are well coached. They won’t be an easy out. Hilliard Davidson is playing good ball now. My pick is Gahanna winning the region but they will have to get by Westerville South and Pick Central in the regional to do it. No easy task. Are districts and regionals at ODU?
Click to expand...

Pick Central and Upper Arlington Weds night and Gahanna and Westerville South Thurs. night. Two great matchups. Who do you have winning and going to Dayton?
V

I had originally said Pick Central would come out of the region, but I'm starting to lean towards Gahanna getting out now. They seem to be playing the best of the 4 remaining, although UA's demolition of Newark was impressive. Tomorrow night should be an great doubleheader!!
Whomever gets out I think ends up as the state runner-up to the Centerville Elks......
You must log in or register to reply here.
Share:
Twitter Reddit Pinterest Tumblr Email Share Link
.
Top