Purplemojo said:
When you have Democratic office holders and candidates coming out to say they will take them if they get a chance, I take them at their word and I would be foolish not to. Not propaganda, it is the stated intent of way too many Democrats.

The second amendment, when drafted and passed, protected the most cutting edged military weapons at the time. So, yeah, that obviously was the plan. It was not about a standing army. It was about the states, and individual citizens, being able to stand up against a tyrannical federal government, and to insure the personal safety of all citizens. Remember, the Forefathers had seen the affects of a tyrannical central government disarming the citizens before. Many of them, and certainly the fathers of many more, had seen Britain disarm the Scots by the Disarming Acts of 1716 and 1725. They were not about to allow history to be repeated in their new nation, based on personal freedom.

BS. First of all, there are not that many soldiers who would obey illegal orders. I believe that is the case even after Biden's attempt to purge the federal forces of individuals who support and will defend the constitution. Secondly, have you ever heard of Lexington, Concord, Little Big Horn, Tet, the French Resistance or any number of other incidents where irregulars have stood up to regular soldiers throughout history?

My god, you are crazy. Biden purging the federal forces. PROPAGANDA!!!!

It is not a stated intent to take away your ability to poses guns. They are not taking the guns you already have away unless you give law enforcement cause.

Purplemojo said:
Yes, AR15's weigh 200 lbs and fire 50 caliber ammo. What a moron. Why is she reelected? Why would anyone listen to her? Could her constituents be dumber than she is? Is that even possible?

MentorGrad2002 said:
She's one of the dumbest democrats which is saying something.
Click to expand...

what was the name of that democrat that said, you could sink a island if you put too many people on it? He wasn't put on the Biden's democratic Intelligence committee was he?
P

psycho_dad said:
My god, you are crazy. Biden purging the federal forces. PROPAGANDA!!!!
Click to expand...

Maybe "purge" was a bit strong. I saw the "loyalty oath" that he required national guardsmen on federal service sign. It was a despicable insult to our men and women in uniform. They had already taken an oath to preserve and protect the US constitution and to do so even at the loss of their life. To say "that is not enough" is unfathomable and unprecedented in US history. And they did all of that with absolutely no evidence of that to which they claimed they were reacting. It was just their way of saying, "we are now in charge and we will not suffer dissent". It is the same reason the fence is still there while they refuse to identify the "clear and present threat" which would justify it.

You are right. Our rights have been eroded over the past 160 years.


psycho_dad said:
It is not a stated intent to take away your ability to poses guns. They are not taking the guns you already have away unless you give law enforcement cause.
Click to expand... 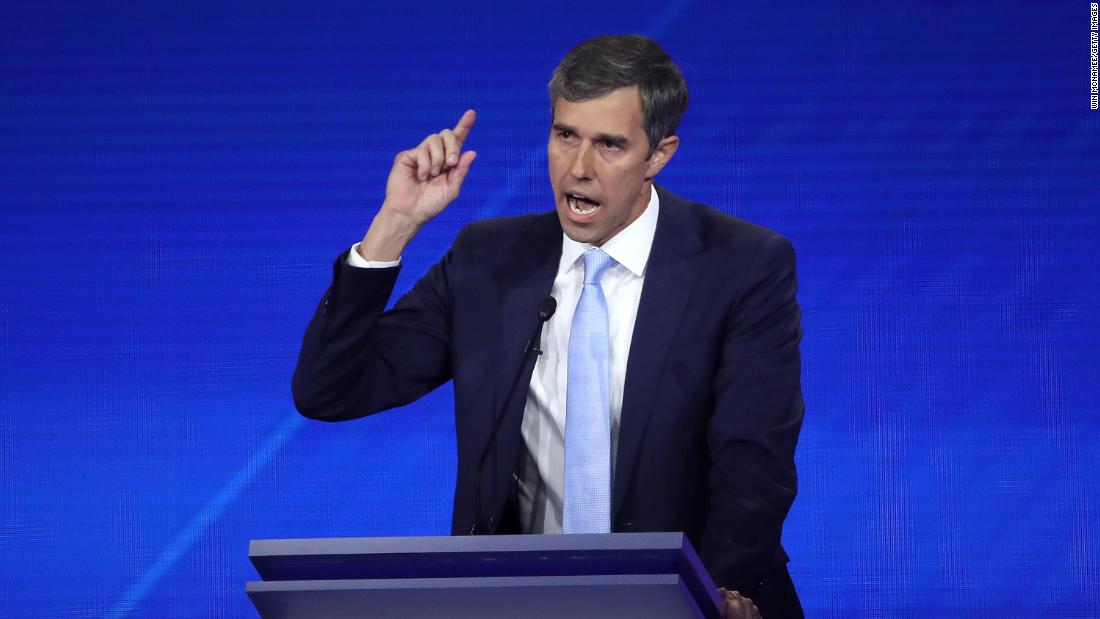 Beto O'Rourke did something new for a major Democratic presidential candidate at Thursday night's debate when he said, very clearly and without any prevarication, that he'd take "weapons of war" and certain guns away from law-abiding Americans.

So, I do not remember Beto being shouted down by the majority of his colleagues. In fact, many have demanded mandatory "buy backs" which is the same as confiscation. 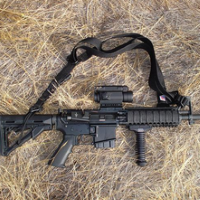 O'Rourke Not Alone in Support of Mandatory Buyback - FactCheck.org

Democratic presidential candidate Beto O'Rourke has faced backlash from Republicans, and some Democrats, for his debate-night advocacy of a mandatory buyback program for so-called assault weapons. But Sen. Chuck Schumer went too far when he said, "I don't know of any other Democrat who agrees...

Our new Vice President: “We have to work out the details — there are a lot of details — but I do support a forced buyback......We have to take those guns off the streets.” This is also supported by Sen. Cory Booker.


psycho_dad said:
It's one thing to be a gun owner. It's another to be a gun nut.
Click to expand...

I am not sure what a "gun nut" is. I did not have my first firearm until in my thirties and only bought one to become proficient on my service weapon. I then inherited my father's little vest pocket pistol. As someone with an interest in history (undergrad in history with involvement in a number of history oriented groups), I decide that I would like to have a long gun from all US wars. Given the expense, it is a worthy, but an unlikely, goal to be achieved. That does, however, explain my purchase of a M1 Garand (WWII) and my M1917 Winchester (WWI), as well as my 1960's M16A1 (Vietnam converted to semi-auto with the use of a civilian lower receiver). Finally, I purchased a small CCW pistol (P64 Makarov) in case I decide to get my CCW license. Four of my six firearms are considered curio items and are unlikely to leave my home, or be fired. That just leaves my service weapon and my CCW pistol, if and when I decide to get my CCW.

My hunch is you do believe I am a "gun nut". What I am, rather, is a patriot and a Libertarian, who is fervently opposed to the further compromise of our individual liberties. Join the club. Sure there are a few nut jobs, but I feel like I am in good company with Jefferson, Adams, Washington, Hamilton and a good many other Americans though out our history.
Last edited: Feb 26, 2021
You must log in or register to reply here.
Share:
Twitter Reddit Pinterest Tumblr Email Link
.
Top