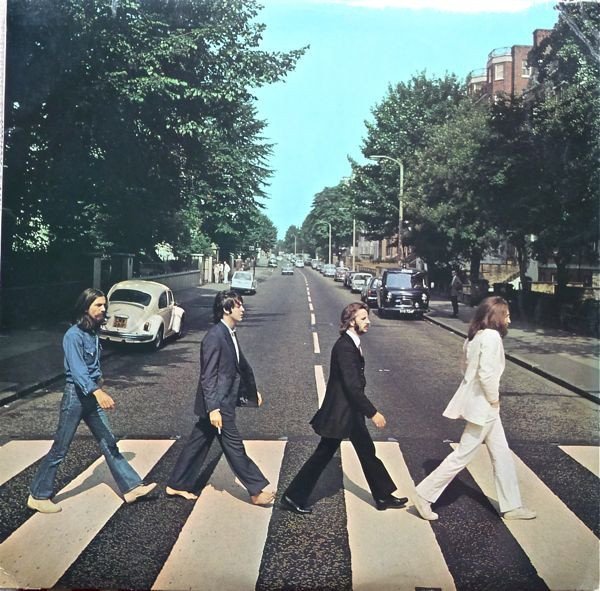 Thousands of Beatles fans visited the famous London crosswalk that's found on the cover photo of their 1969 album Abbey Road. The event marked the 50th anniversary of the day the picture was taken.

According to NME, an estimated 3,500 people made their way to the spot, located near the intersection of Abbey and Grove End roads in St. John's Wood and across the street from where the group made most of their records. Some fans brought guitars; one man, dressed as Paul McCartney, even proposed to his girlfriend while surrounded by men dressed as the other three Beatles.

Social media featured many of these fans recreating the famous photo. Pattie Boyd, the former wife of George Harrison, wasn't at the event, but she shared a picture taken by a friend who attended.
Click to expand... 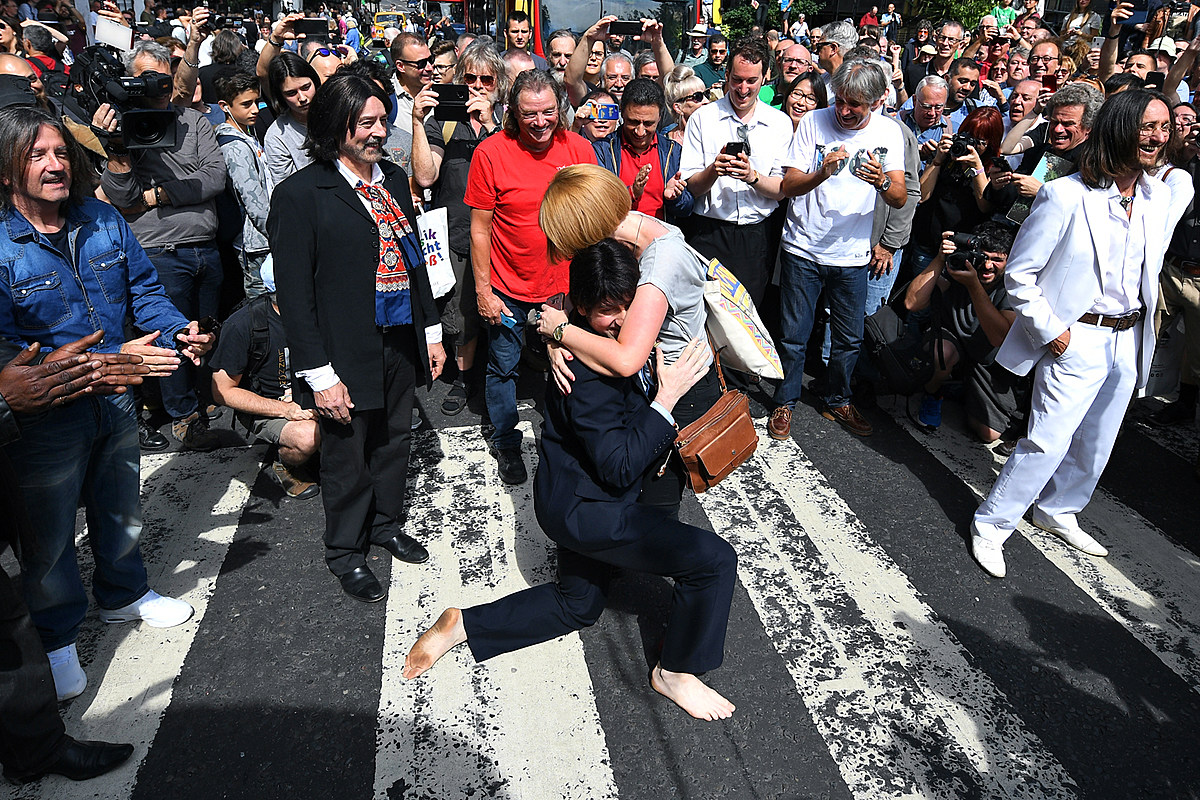 Thousands of Beatles fans visited Abbey Road on the 50th anniversary of the day the famous album cover photo was taken in August 2019.

My favorite Beatles Album. The all time best Lennon tune in Come Together, George steps out and has the other big hits in Something & Here Comes the Sun, and Paul McCartney finishes their recording career with a great suite of tunes. One of the most parodied album covers of all time too>